Unions Matter More Than Ever! 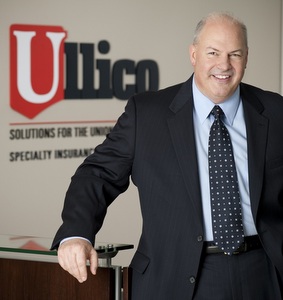 In a Huffington Post column last week, Edward Smith (right), president and CEO of Ullico, said that today, unions matter more than ever. “If we want to rebuild the middle class in this country, we need strong unions,” he wrote. He followed up by saying it’s not a coincidence that when union membership declined so did the middle class and that with this decline there are more low wage jobs that do not provide health care and are without the option to save for retirement.

Smith also commented on how unions matter if the United States wants to retool and retrain the workforce. Several unions have training programs and apprenticeship programs that teach the latest skills with a focus on safety, these programs give workers the ability to compete in the challenging job market.
“In order for unions to remain strong, we must remain united at the ballot box,” Smith wrote. “We cannot allow our opponents to divide us politically. We must support each other’s causes and leaders, and stand united in the common interest of organized labor—the right to collectively bargain for wages and benefits. Union members must vote in their self-interest, not against it.” Have you registered to vote yet?
Smith closed his August 27 column by writing “Unions matter. They mattered in the past, they matter today and unions must remain strong if they are to matter in the future. If unions do not stand united and do not fight for the needs of working Americans, the Labor Day is meaningless.” To read Smith’s article in its entirety please click here.